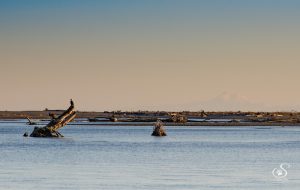 Winter of 2016 I found myself on a walk-a-bout. On a personal journey from Colorado to Washington state for several weeks of self discovery. Much of my time I spent with my daughter in the tiny town of Port Angeles, Washington.

With the Strait of Juan de Fuca to the North and the Olympic Mountains to the south I sat in the midst of photography paradise. I wandered down to the water to spy on seals & bald eagles. And up into the mountains for snowy Lake Crescent scenes.

But my heart yearned to photograph pets. Within two weeks I had tracked down the local humane society.

Olympic Peninsula Humane Society https://www.ophumanesociety.org/ is located just on the edge of town nestled in lovely northwest trees and meadows. The OPHS has their own little forest with a groomed walking path that all the dogs know by heart. Near the dog building a rock garden and patio serve as a perfect location to pose adventuresome pups. In a separate building the cats enjoy huge suites and the bunnies have taken over the enclosed back patio.

On each of my four visits I had the honor of photographing whichever adoptable animals needed portraits. I posed a pair of pugs on a flat boulder. A regal pyrenees paused on the forest trail for her photos. An elderly cocker spaniel lounged on the patio for her session. We gathered all the Christmas decorations from the entire facility to create a holiday set for a litter of foster puppies. Kitties of all ages enjoyed rolling around on the soft fabric of my portable table top studio. (Yes on my walkabout my photography gear filled half my Subaru so I was well prepared for any photo adventure.) One bunny with a neurological condition managed to sit still for a few images (she was adopted quickly after that!) And one bunny we decided to surround with real carrots and lettuce for a fun studio set-up.

But the strangest animals I have ever photographed were also at the Olympic Peninsula Humane Society. I consider them strange because I had never personally interacted with one and honestly didn’t even know what it was when I looked at it. With the softest fur in the universe, a long bottle brush bushy tail, big round ears, shiny black eyes, teeny feet and cat like whiskers I had met a Chinchilla. Actually a pair of chinchillas.

According to Wikipedia, chinchillas are native to Chili in South America. The chinchilla is named after the Chincha people of the Andes, who once wore its dense, velvet-like fur. Unfortunately by the end of the 19th century, chinchillas had become quite rare after being hunted for their ultra-soft fur.

Somehow chinchillas became exotic pets. But I wouldn’t recommend them! They are very difficult to care for. Again per wikepedia they need dust baths, low stress, strict room temperature regulation, and teeth care among many other needs.

This pair we learned were relatively wild. The previous owners did not handle them and likely did not 100% know how to care for them.

Only one employee at OPHS knew how to handle them. As gently as possible she cradled one at time in her hands for their adoption portraits. Very fast, small, delicate and unpredictable we decided against letting them go on the studio table set. The first one we used a soft pink towel to wrap her in and concentrated on close ups portraits. The second one was a little more comfortable so she simply held him in her hands. While not the ideal poses we managed to create some extremely cute images of these strange rodents.

Volunteering at an animal shelter brings surprises and challenges. I never know before entering who I will encounter. I will definitely never forget those soft, squirmy, exotic chinchillas. 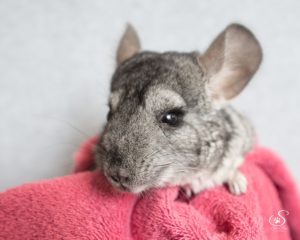 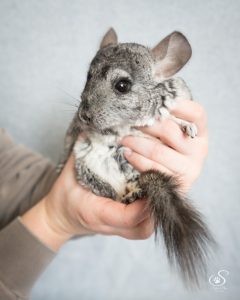 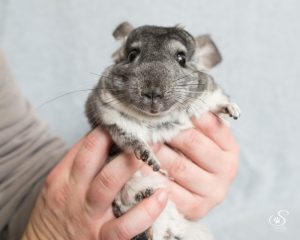 Listen to the narrated version on the Tales with Tails podcast Episode 8. Aired November 26, 2018.

Available on Anchor.fm, Apple Podcasts and your favorite podcast app.