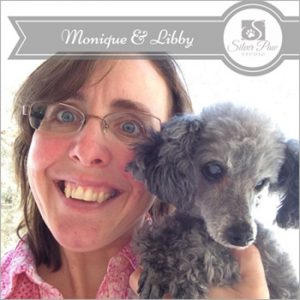 A sick little puppy visited the veterinary hospital I managed nearly every day in the spring of 2002. The other two pups in her litter were doing great but she was struggling. This 2 pound poodle would rest in my pocket during her visit all day in the hospital. 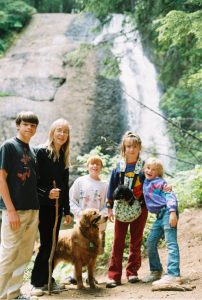 Her people were doing everything we recommended and were fully committed to her health. After a couple weeks I started considering approaching the family about transferring her to my care. “I’m at the hospital every day, my golden retriever would love her, my kids would be very gentle and with my employee cost I could continue her care as long as needed.”

These were the rationale I told them and my family. But really she had snuggled her way into my heart.

With a promise to keep them up to date and come to them if she ever needed anything teensy Liberty joined my family.

She had no less than 21 nick names including WooWoo, Small Dog, Lib a Dib & LouLou.

Although her medical issue had challenges her entire life she kept her funl-oving, bouncy, silly character. Camping trips she bravely tromped through the forest with our goldie earning the title of Jungle Dog. Favorite crowd pleaser trick was to sneeze on command. She learned all five kids names and would run to their bedroom to wake them up. “Libby, go wake up Crystal!” would send her jetting all the way down the hall to scratch on Crystal’s door until she let her in.

Being one of the kids she of course tried to be a rebel. At 5 pounds full grown she had to wear a cat collar with a little bell. The bell helped everyone know she was near so we didn’t accidentally run into her. But she learned how to walk extra slow so the bell wouldn’t sound and she could sneak a piece of forbidden people food off the floor. 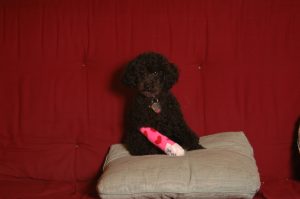 And the Christmas she became so frantically excited to greet someone at the door that she jumped out of Amber’s arms, fell on the concrete garage floor and broke her front right leg. Thump, thump, thump she drug that cast through the house and up and down the stairs for weeks. 40 days of Pacific Northwest rain required we add a ziplock sandwich bag to her cast every time she need to go outside. With her medical condition she would often struggle to “go number two” and would end up walking on her two front feet to get in the right position. (Circus Dog.) Extra tough with a cast but she managed!

A friend to all big and small she loved our golden retriever Gypsy, the old cavalier Papy who joined our family as a senior, our kitty Kay (twice at big as her!), all our kids, all their friends and anyone who would pay attention to her. 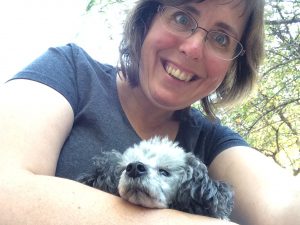 But I was her favorite. She and I had a bond that in animal loving circles we call a “heart dog”. Many times in her final years I would defiantly exclaim “My plan is for Libby to live forever and no one can tell me different.” I snuck her into the no-dogs-allowed grocery stores. She modeled for me with tasty Tillamook cheese as payment. She became an internet star in the #PetLoversTribe livestreaming with me 5 days a week on Periscope. When I took a cross country road trip I printed her photo on a stick as Flat Libby so she could tag along virtually. All five pounds of her warmth kept me cozy snuggled on the couch on sick days.

In February 2016 she stopped eating. With her lifelong medical issues this wasn’t completely out of the ordinary. But I could tell a difference. Blood test at the vet had them calling me at 7:00 am the next morning to rush her in for all day hospitalization. With fluids, meds and extra tasty food we took her home that night. By the next afternoon we had her in for an ultrasound. She had dropped to 4 pounds. By the next day we could see her light fading and scheduled her last veterinary appointment for the next afternoon. I held her in my arms while she took her last breath surrounded by a caring vet staff and my little family.

Nearly every day for the last two and a half years I have thought of my little WooWoo. My sister had a sign made with a quote of mine after Libby died: “I think a lot of people say ‘they leave a hole in your heart’ & I don’t think I agree with that. I think my heart is overflowing, it’s just my lap that’s empty.”

Sometime in the next year I hope to add another Small Dog to my home. While there is no way a new dog will fill the giant footsteps left by the tiniest of souls I feel like I can finally open my heart and lap again.

The world and my home needs #MoreWoos. 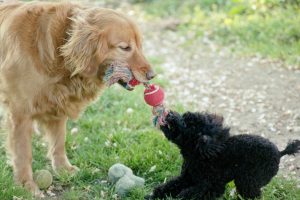 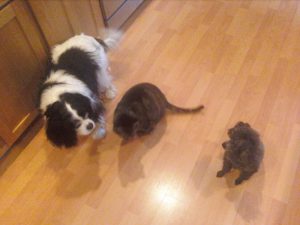 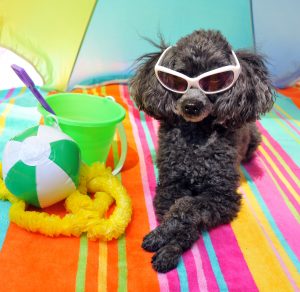 Listen to the narrated version on the Tales with Tails podcast Episode 1. Aired October 11, 2018.

Available on Anchor.fm, Apple Podcasts and your favorite podcast app.