Animal House Rescue and Grooming is a small facility doing big things for the dogs of our community and surrounding shelters. Volunteers are a huge reason Animal House is so successful in placing dogs in fur-ever homes.
One day this fall I met Steve Inman. He saw me photographing dogs at the shelter and mentioned scheduling his dog Jake for a photo session. Steve volunteers as a foster dog home and wanted me to photograph his foster dogs as part of his family too.
We picked a date for after the holidays and I came over with my full studio set up. 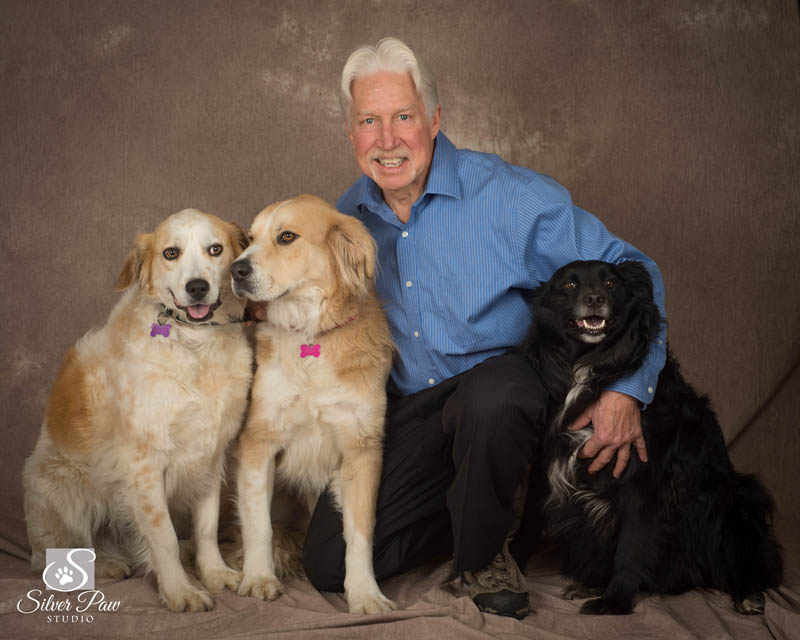 We started with images of just Steve and then added Jake his black Australian shepherd. When Jake looked up at Steve I could see the loving connection between the two. Jake has been Steve’s buddy through thick and thin and I could see it in their eyes.

Kiara and Kovu, Steve and Jake’s foster dogs, had their moment of fame too. They proved to be pretty squirmy and and fairly disinterested in anything but Steve.  But, we managed to bribe them into the set for several handsome images.

Wrangling everyone together for the grand finale really put Steve’s arm reach and balancing powers to the test! We managed to set Kiara & Kovu on one side and Jake on the the other with Steve trying to wrap his arms around everyone. The collage below tells the story pretty well. 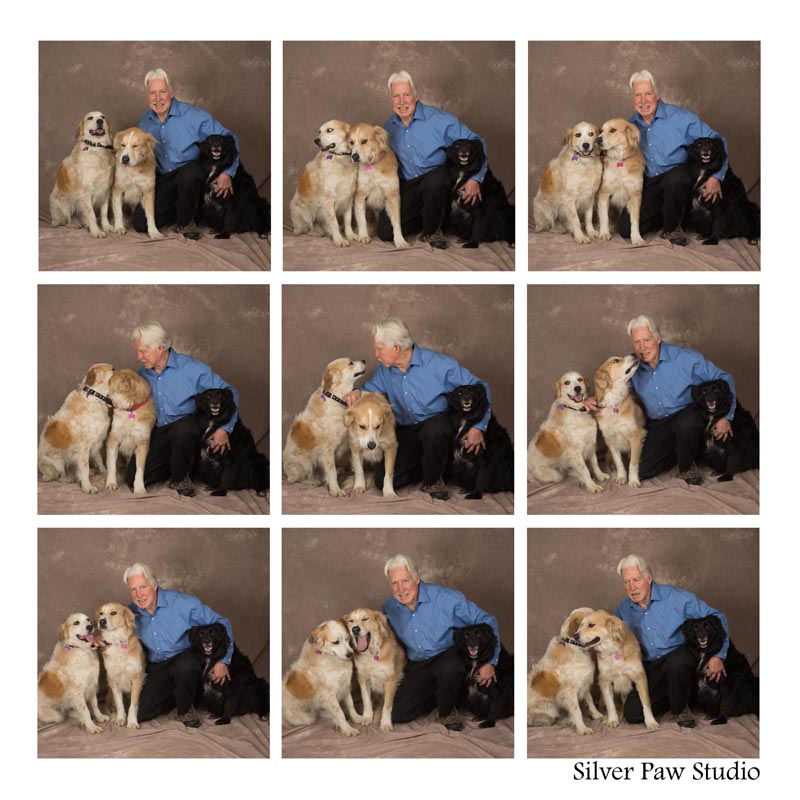 Steve’s dedication to his foster charges is exemplary. When he is on the road the first stop after the airport is to pick them up at the shelter. They have grown and learned so much by being in a loving home environment.
Just this week Kiara & Kovu were matched with a permanent home! I have to think that all the time they spent with Steve and Jake were a major contribution to their adoption.
It is such an honor to work with a passionate animal advocate. Thank you Steve & Jake for all you do for our furry community!