The Papillon is “One of the oldest of the toy spaniels, it derives its name from its characteristic butterfly like look of the long and fringed hair on the ears,” Wikipedia.

Poppy could almost flutter through her Pacific Northwest country acreage. In contrast is her brother, Cholo, with short wispy hair adorning his ears. 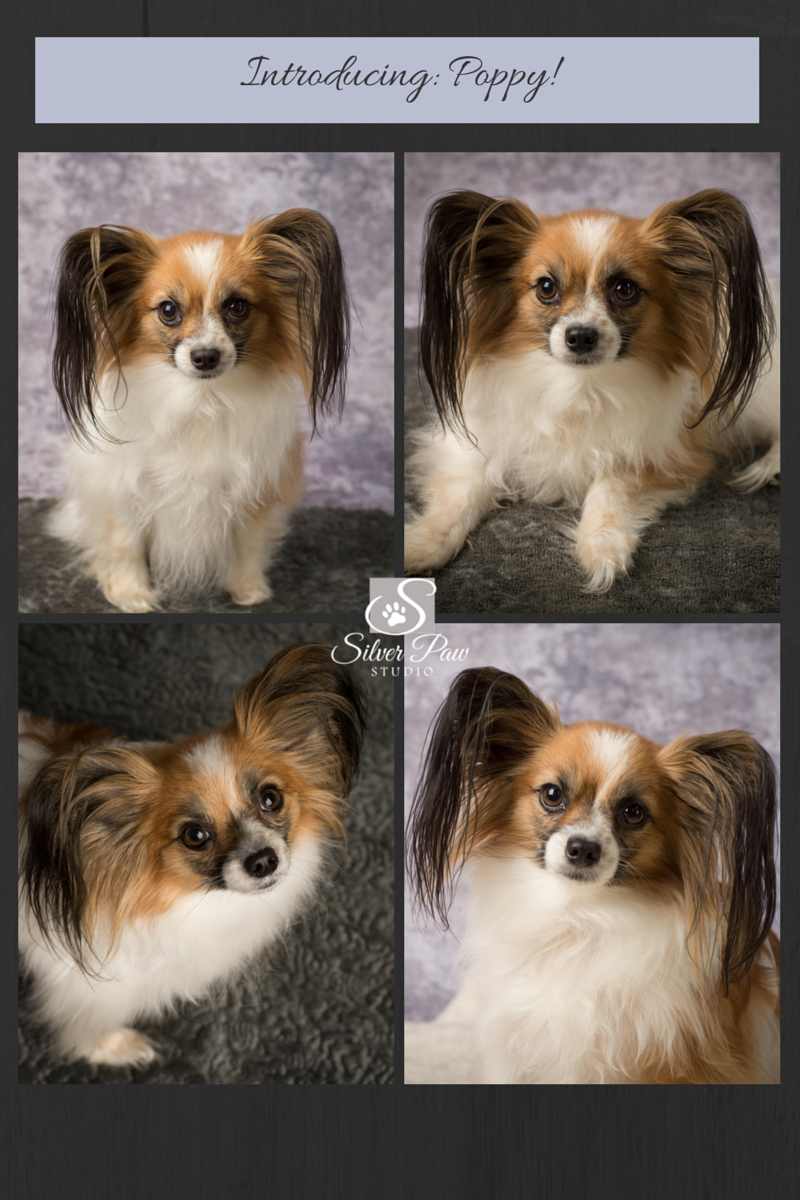 Poppy is a new member of the Hosey household. After a two year battle with heart disease Cholo’s older sister, little Jewel, passed away this summer. Being an only child did not suit Cholo so along came Poppy. 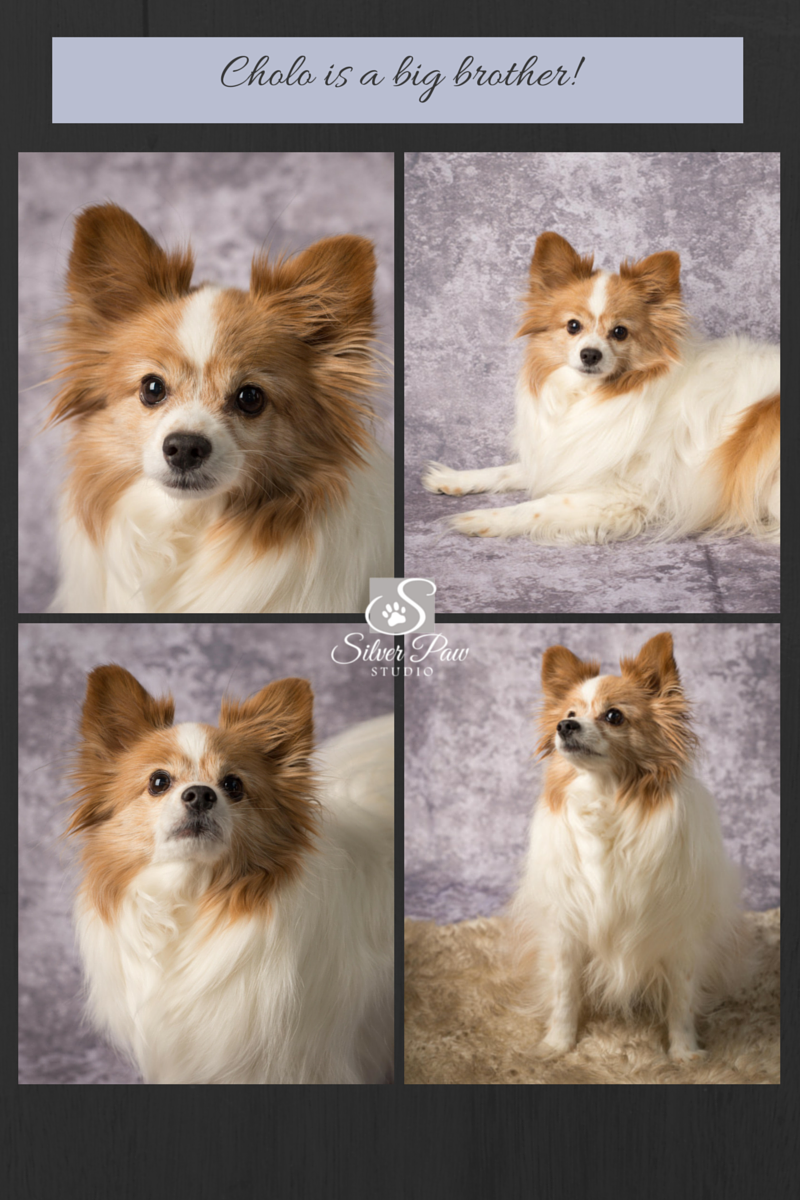 Poppy loves her new country home and regularly explores while everyone is tending to plants and chores on nice days. She adjusted quickly to her doting retired pup parents. Her space on the bed is claimed, she settles in on a lap for afternoon naps, and eagerly inhales her gourmet meals. Meeting her new brother went so smoothly I would think she had been a fixture of the family for years.

Being a new addition we didn’t know how she would do in a photo studio set up at home. We had nothing to worry about, a few tasty treats had her sitting pretty in every image. She even sat patiently next to her squirmy brother. 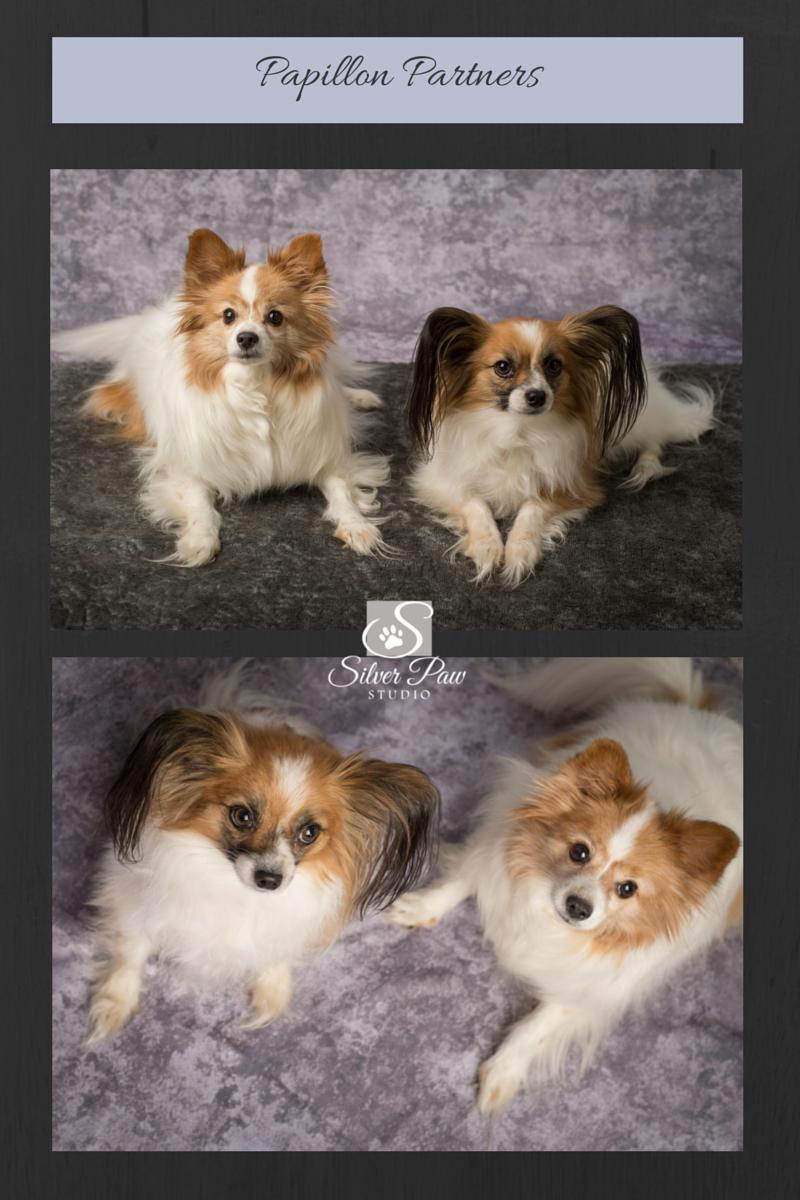 Do you have a new addition to your furry, feathered, or fuzzy family? Why should human babies have all the limelight? Consider a photography session to announce your new arrival! We can even design announcement cards.